Although “D” type people are direct and straightforward, they are not necessarily hasty. They think things through and do not dive head-in so that later, they can have regrets. A “D” personality will take responsibility for their action, as they have taken the best possible course of action. Other traits include: assertive, dynamic and efficient. Such an individual will not lose time to get to the bottom line. Highly motivated, ambitious and bright, this person will play detective as long as it takes in order to solve the problem!

If competing with a “D” person, be prepared for a hell of a race! Dominant people enjoy challenges and will most certainly rise to the occasion! That means they are goal-oriented and aim high; at the same time, they are very resourceful and adaptive, so they have a reputation of being formidable opponents. 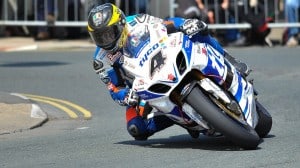 Word of advice: never deprive a “D” personality type of their recognition or admiration! “D” people seek appreciation for the effort they invest in their work, both professionally and personally.

Like everybody else, they have less pretty traits, too. Being in the spotlight is something they like a lot but unfortunately, they are capable of ruffling other people’s feathers to get there. If in charge, they can be very critical, reason why employees see them as bossy and overwhelming. I previously mentioned that they make good detectives…as a downside, they tend to pick on any small detail that doesn’t fit the global picture, so you should triple-check everything before handing it in! 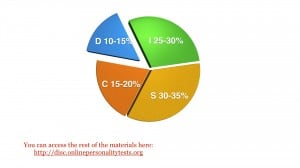 According to Integrity Works Coaching, 10-15% of the population identifies with this personality type.
Are you wondering what’s the best way of relating with a  “D” personality type?  Well, here are some pointers:

Because I wouldn’t want you wasting your time wishful-thinking, here’s what TO expect from a dominant type person:

If you want to find out more about DISC and how it can help you in your personal and professional development, you can take a look at my complete training >>> here <<< (the link has a highly discounted coupon attached, for the people that took the test on my site).